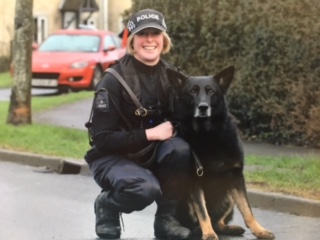 Omar began his career in Gloucestershire Police in 2008. Throughout his career, Omar had numerous prisoners, from people breaking into cars and houses to finding vulnerable/missing people.

In 2014 his last year as a working Police Dog, Omar and I received Police Dog Team Operational Humanitarian Action of the Year. We attended Crufts in 2015 to receive the award. This incident just showed what a brilliant Police dog Omar was. A male had committed a domestic assault then ran off across fields saying he had taken medication and was going to kill himself. The helicopter was up , Officers were everywhere looking for him. Omar and I were there looking along paths and streets. The helicopter stood down after a negative search of the area. I decided to check the fields again where the helicopter had been bearing in mind we had already been searching for a couple of hours. Omar and I walked down the fields meeting up with other officers who were standing down and asked if we wanted a lift back we declined and walked back up through the fields . Omar suddenly went over to a hedge and I put his tracking line on. We went through the hedge and I could hear a males voice. Omar tracked to the male who was led in the field but he jumped to his feet and said he was going to kill my ‘bleep bleep’ dog! The level of aggression from this male was extremely scarey, bearing in mind we were in the middle of know where! The male then ran off into the dark and I sent Omar who ran off after him, I followed to find the male stood still with Omar barking at him … a perfect stand off! We kept the male with us until Officers arrived and it took four of them to detain him. What a hero Omar was that night and through his whole career.

This is the link to the YouTube Clip of Omar receiving his award: https://youtu.be/3fiI_LC_DGE

Omar enjoyed his retirement at home with me and my family.  He sadly passed away with me by his side on the 8th October 2018. 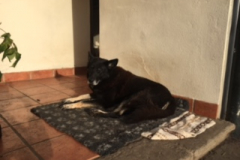 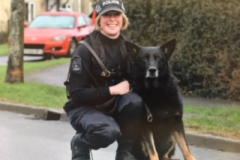 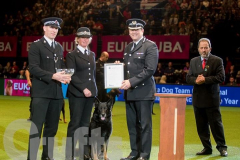 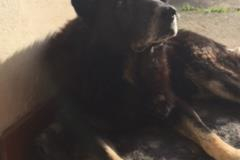