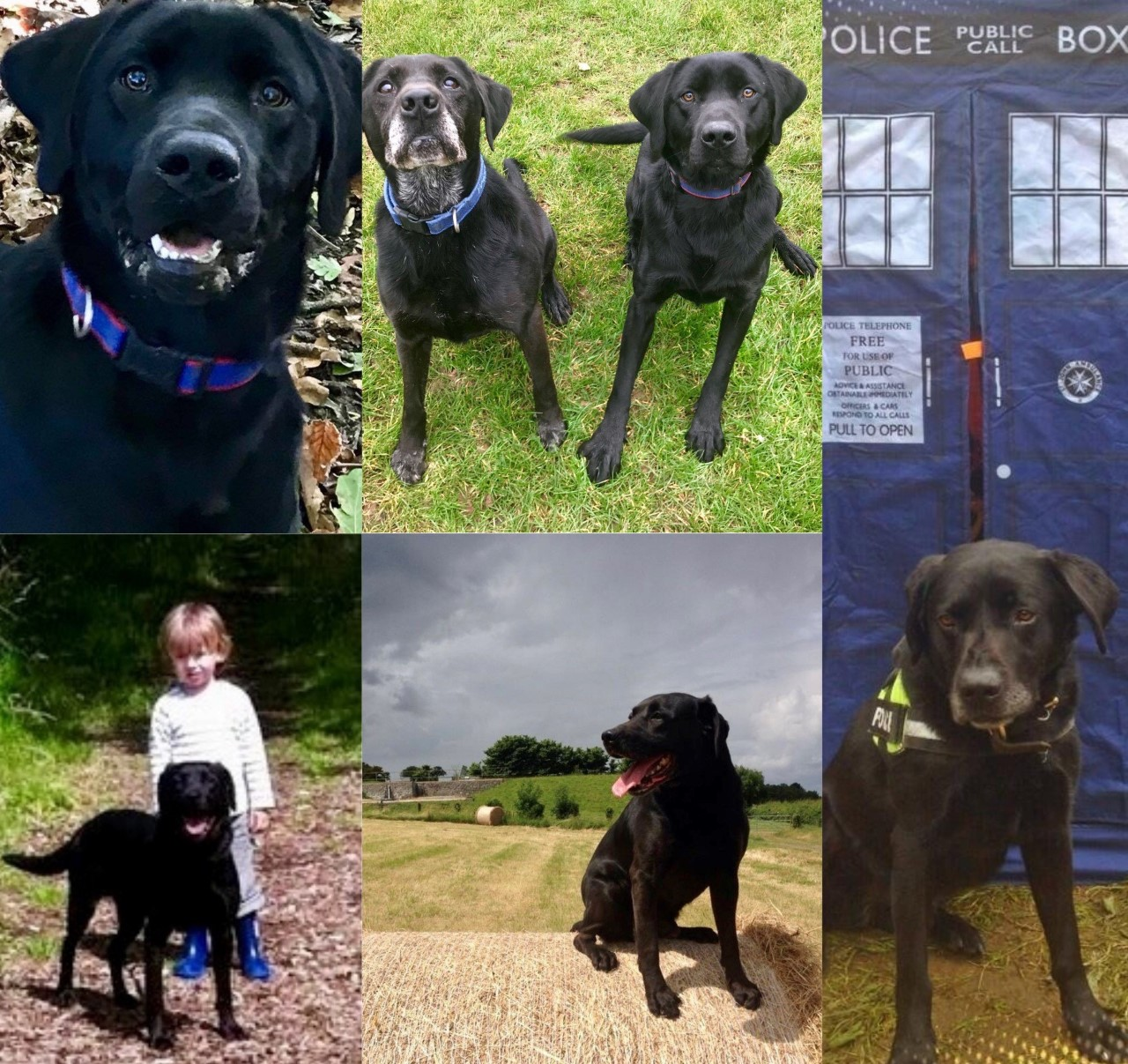 Well, let me introduce myself. I am Police Dog ‘Paddy’. I am a black Labrador (slightly grey around the edges now)!

March was my final week as an explosive detection dog working for Avon and Somerset Constabulary after serving there for some 55 dog years.

At 11 months old, I was a rather lively puppy and a little head strong so was gifted to the Police to see if I could use my energy in a more positive manner.

I was at the police training facility for a few days and I was evaluated for my suitability. A bit like our recruitment process for new officers (was I fit enough for the role/how did I react in different situations/and what was my drive like to succeed). I must have done fairly well as a friendly officer came and visited me with treats in his pocket and plenty of tickles and fuss.

This same officer, after 30 mins of play, took me with him and I’ve been his partner and friend for the last 55 dog years.

I flew through my initial course which lasted 8 weeks. This was 8 weeks of fun.It was really a simple game of hide and seek, and the course instructors would spend most of their time teaching me to smell a number of substances then try to trick me and my handler by hiding them from us. They did this in lots of ways and places but with my nose and the occasional bit of help from my handler, we always won.

As an explosive search dog my job is to keep people safe and over the years I’ve been deployed with my handler to lots of different situations and locations. My handler always says how proud he is of me having searched in every country in the United Kingdom.

I have searched within Avon and Somerset force area on numerous occasions to keep members of the public safe in times of heightened threat or to deal with suspicious packages. This has included large shopping centres, airports and ports.

During the Olympics in 2012 I made sure, along with other dog teams, that it was safe for both athletes and spectators alike.

In 2013 whilst deployed to PSNI, I was awarded a recognition award for working in a high threat environment for a number of weeks.

With an increase in threat to large crowded areas, I’ve also worked at the Commonwealth games in Scotland, the champions league final in Wales and many other sporting events.

I’ve had lots of experiences throughout this time some serious and some fun. One incident springs to mind. I was searching the Theatre Royal in Bath as a member of the royal family visited that day. This was to make sure the location was both safe for them and other members of the public. As I was searching the 2nd floor my handler opened a door to the upper box and indicated with his hand to go in. Now in my defence it looked very like the up/jump command he does so I did just that and jumped over the balcony. As I hurtled through the air I heard a stunned gasp from the dignities gathered on the stage, a loud pained “NO” from my handler fading in the distance behind me.

I luckily landed on the walkway between the stalls seating. As I continued to carry out my search of the seating areas, I saw behind me my handler leaning over the upper box who appeared to me to look very ill with a pained look on his face which by this time looked extremely pale, (humans can be quite fragile at times). He quickly joined me and made what appeared to be a lot of fuss. I wanted to continue to work as I’m trained to do however my handler decided I needed to go to the vets! They gave me a full clean bill of health albeit, I was a little stiff for a couple of days. I think I came out of the situation better than my handler who seemed to age 10 years overnight?

My last deployment was with my handler and a new member of the team, PD Murphy on Sunday. I watched and checked that PD Murphy was doing the right things for my Handler/Partner. Murphy only qualified last week, and after 55 dog years of being crewed with my handler, I’ve become quite fond of him and wanted to be sure he would be safe.

It’s going to be different staying at home in front of the fire from now on but with PD Murphy looking after my partner/colleagues and members of the public I can rest easy.